If you are wondering about the amount of beverages included in some of the brunch pictures, there’s a story about that. Ideally you should have 5 glasses in front of you: water, coffee, bloody mary, free mimosa, and your snit. Your what? In the upper Midwest region, chiefly Minnesota and Wisconsin, we are accustomed to getting a small beer with our bloody marys, called a snit. Here’s the story:

In the 1950s vodka was scarce in the US mostly due to some shenanigans in Russia. Because of this, a relatively new drink, the Bloody Mary, was missing a main ingredient. Minnesotans, long known for their heartiness, gumption, and fondness for plaid, did not take well to the idea of not enjoying a bloody mary before going out to cut massive ice cubes out of the lakes. Creatively, they began making bloody marys with beer, something that was not experiencing a supply problem. Likely they used Hamm’s or Grain Belt or other locally available beers.

But here’s the thing. The cans were typically 10 or 12 oz. of beer. To ensure ideal deliciousness of your bloody mary, you don’t want the entire beer in your drink. Minnesotans are also, let’s say “thrifty”. They wouldn’t want the extra beer just tossed out or wasted somehow. So the bartender would empty the rest of the beer can into a lowball or large shot glass and serve it to you with your bloody mary. *Cue angelic singing* The snit is born. 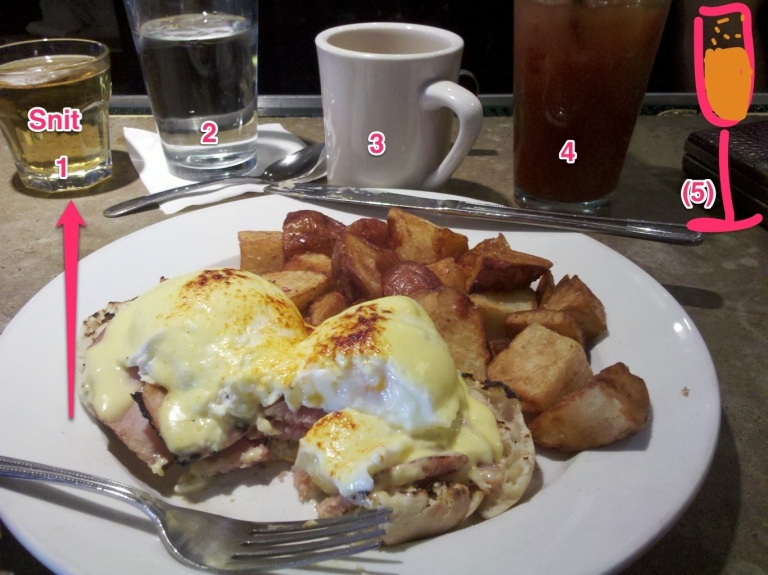 8 thoughts on “The history of the snit”