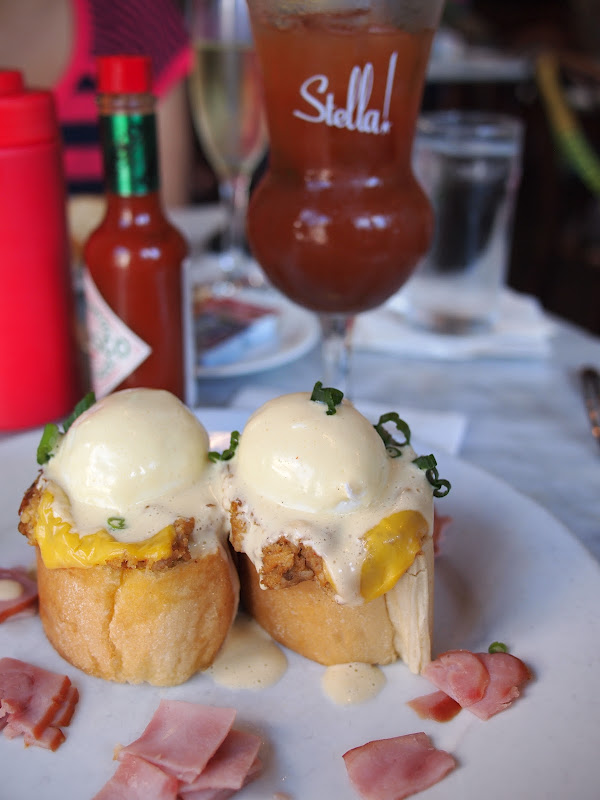 On the road again! Another amazing New Orleans Jazz Fest has been dominated by the Brunchkateers. We ate our way through that town day and night. I think we literally did everything right on this trip. The weather was 83 degrees and sunny the entire time. There was an equal mix of lounging by the pool, enjoying walking around the city, eating, meeting up with great friends, experiencing music and people, and not sleeping. The most common phrases that were heard were “Why don’t we live here?” and “Oh. My. Gawd. That. Is. Delicious.”

We had beignets twice at Cafe du Monde, meat biscuits at Mother’s, ridiculously good bennies and potatoes at Stanley, smothered chicken at Jacques Imo’s, BBQ pulled pork sandwiches from Cochon Butcher  and of course, several Cochon de laits at the fairgrounds.  Several. It’s entirely possible that beers were consumed, as well as a couple of those too-good-to-be-true bourbon milkshakes at the Bourbon House.  The sazerac at Carousel Bar in the Monteleone Hotel (holy renovation Batman, by the way) is really, really good. The best bloodies are at Mother’s, hands down. Stanley was ok, but you have to add some heat. Well, come to think of it, Liuzza’s treated us really well in the bloody mary department. The pickled green beans may put them over the top.

Well, let’s get to the photos, shall we? Cheers to next year- when the full complement of Brunchkateers takes New Orleans! 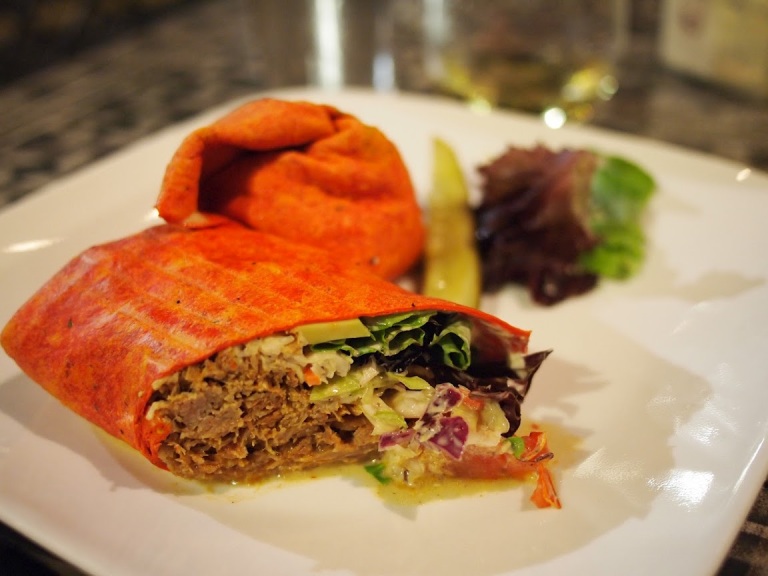